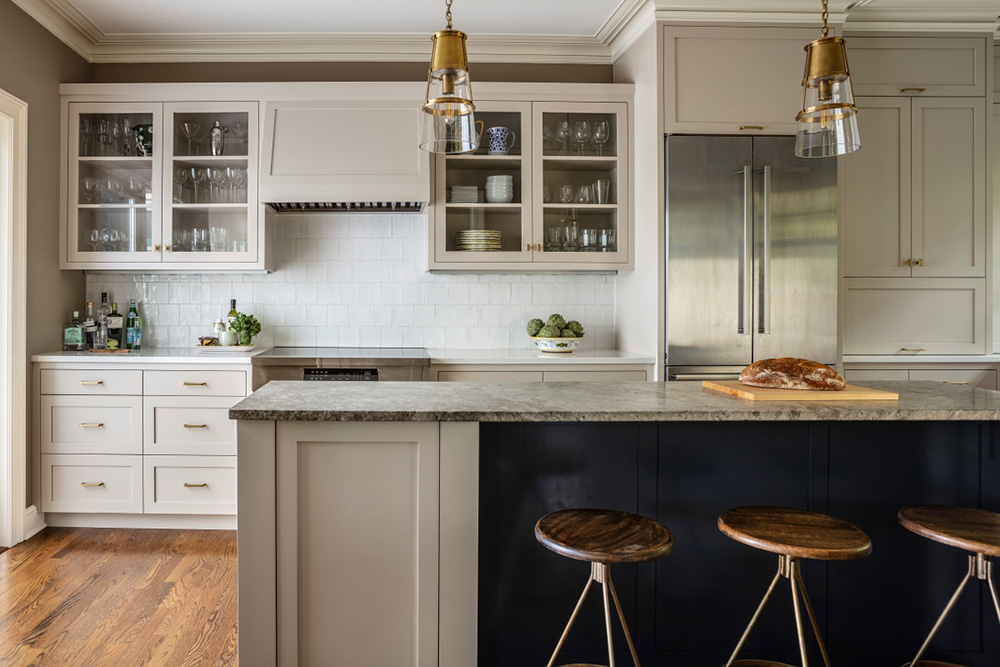 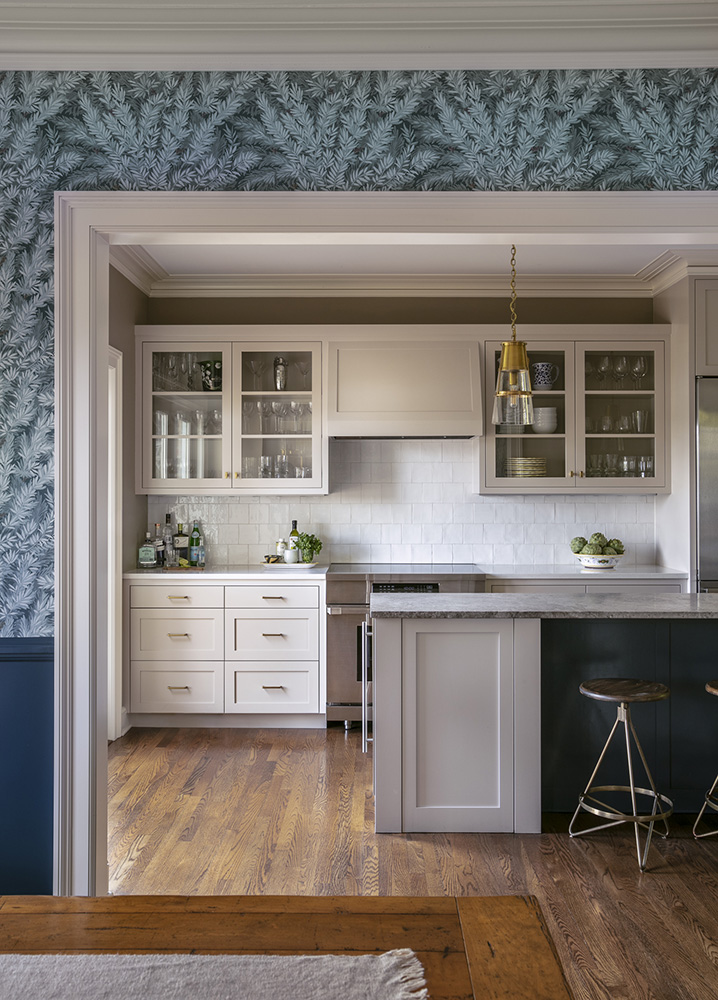 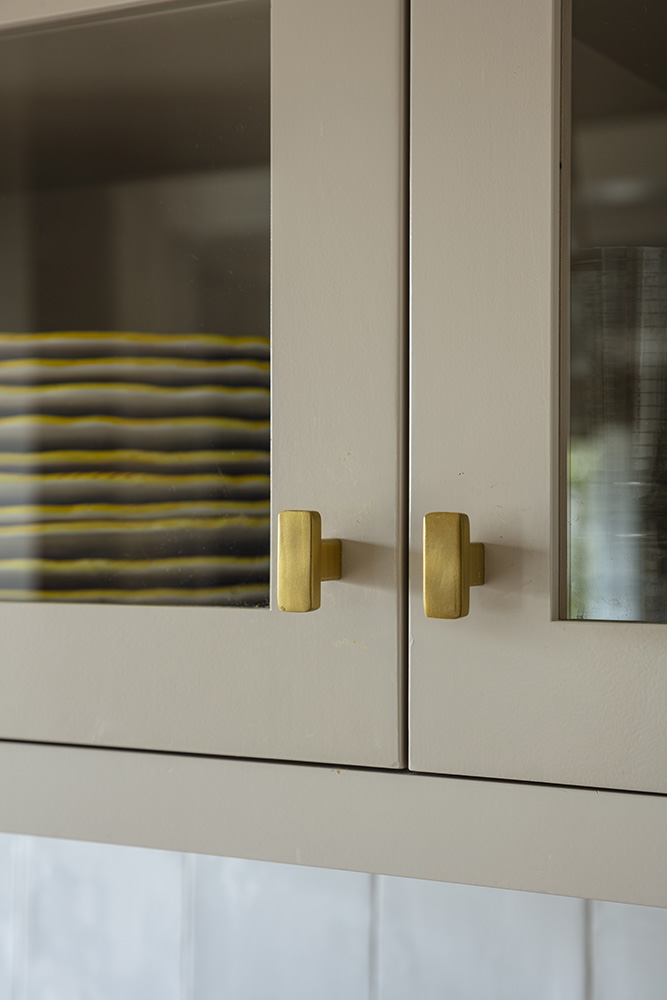 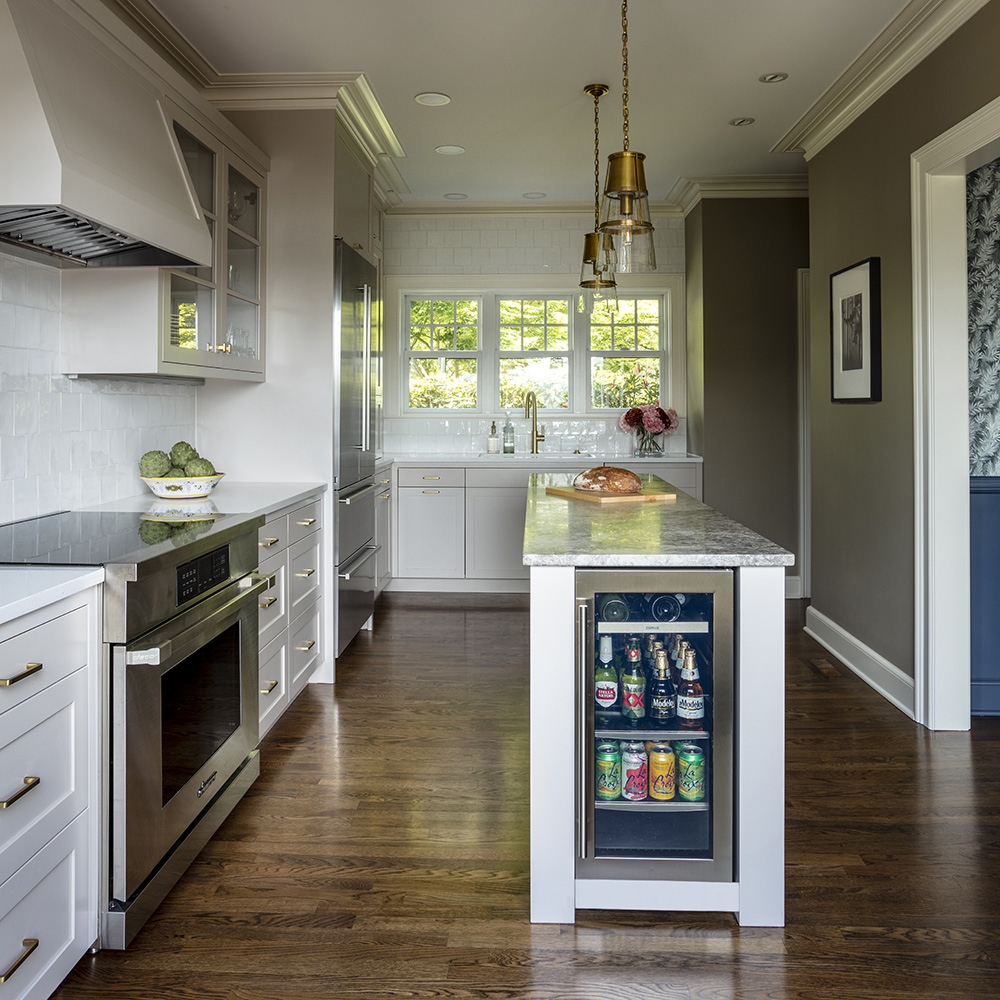 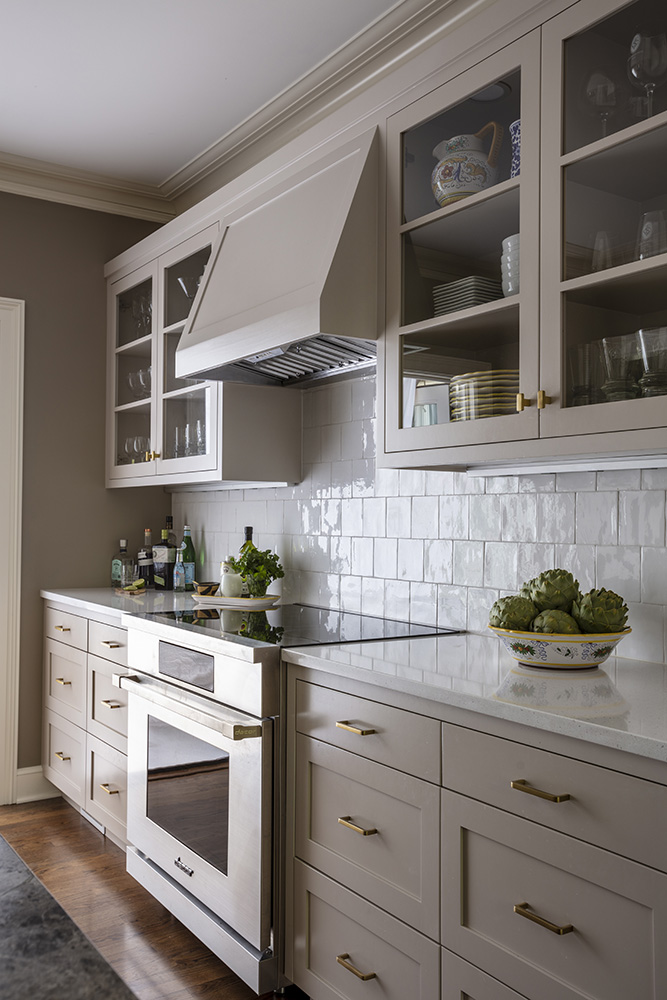 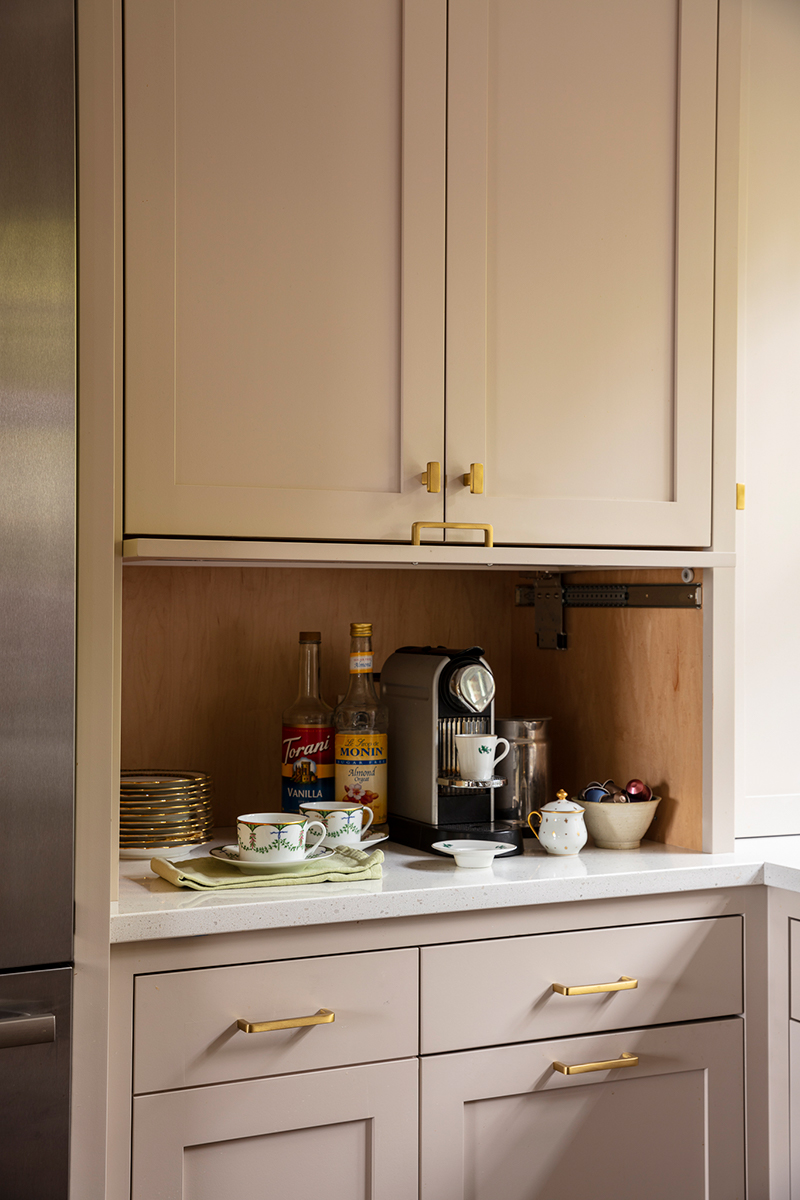 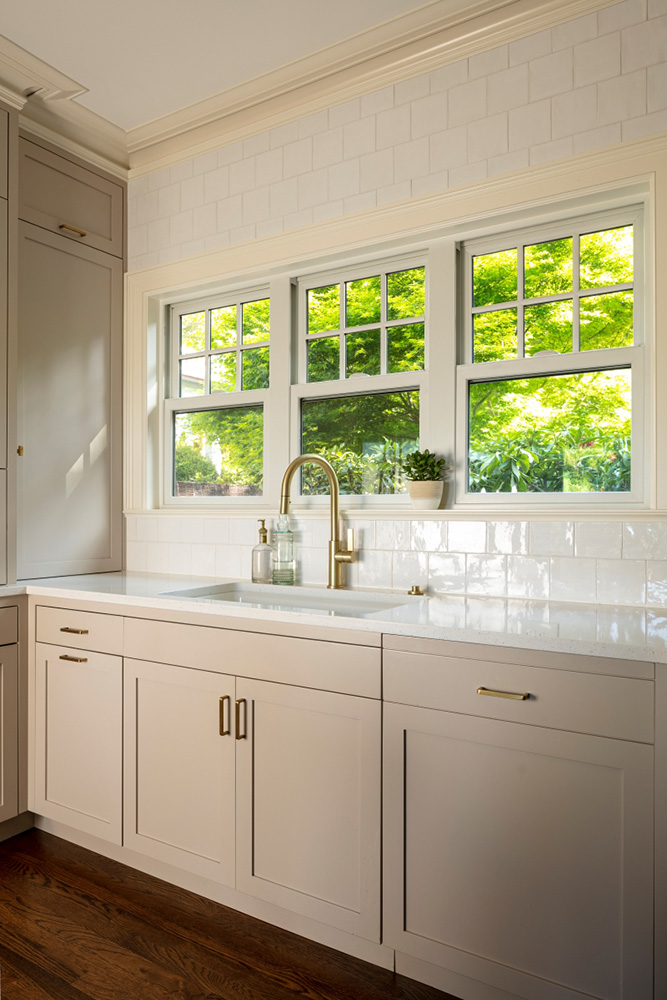 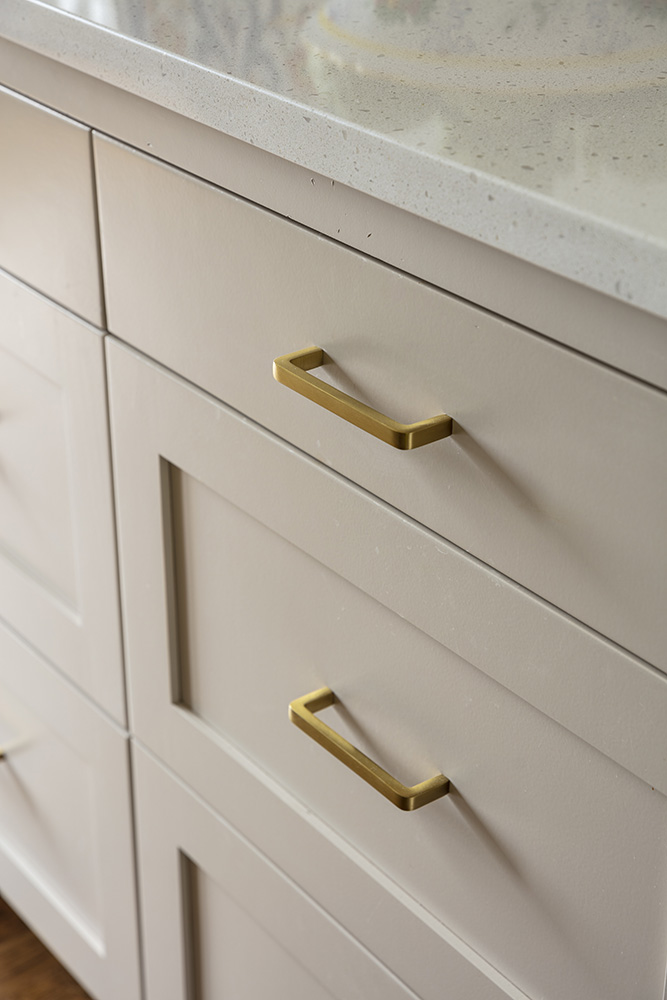 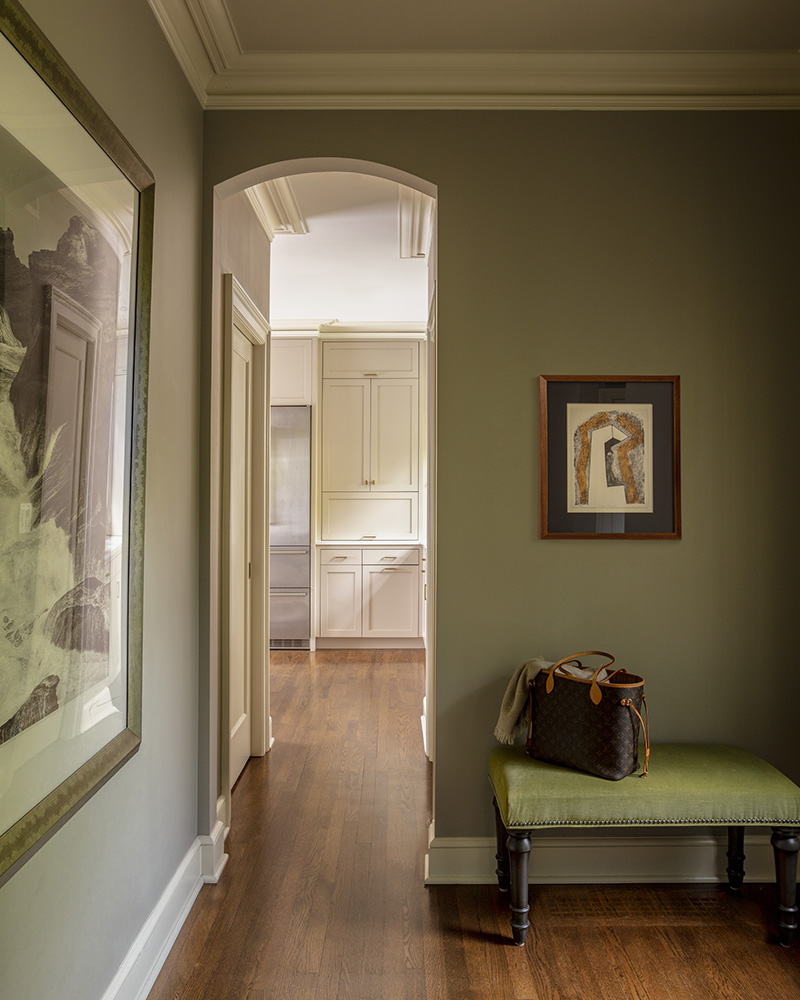 When a kitchen’s max capacity is only two people in a household which is full of people, it’s time to think about possibilities for creating a space where everyone has a spot to fit in. The kitchen in this 1920s Tudor home was dark, constrained, and cut off from the rest of the house. These aspects made for limited functionality when entertaining. The goal of this renovation, designed by Kasa Architecture and K&L Interiors, sought to eliminate all of those characteristics while keeping in the period of the home.

One of the first things completed was to widen the opening which connects the dining room and kitchen. This created more space for movement of people during a gathering and brightened up both rooms. The fixtures, hardware, and wallpaper were thoughtfully chosen by K&L Interiors to unite the spaces in a style reminiscent of the 1920s. The crown molding throughout the kitchen and the entryway was custom made to match the original.

Next, an extended island was added to the kitchen to provide a versatile counter space for entertaining as well as a casual seating area. The island was designed to accommodate a beverage fridge at one end which in turn saves room in the primary refrigerator for other things.

In a small kitchen maximizing space is essential. The design of this renovation accomplished this by re-purposing an existing coat closet. One of the walls in the closet was extended into the entryway of the home and then that space was turned into a walk-in pantry. Other ways storage was generated and counter space maximized was to put a knife block and coffee station enclosed behind cabinet doors.

The end result of this renovation is a “Rhapsody in Blue”! A bright and open space defined by the period and style of the 1920s with added functionality and practicality of modern times which encompasses casual as well as formal gatherings.